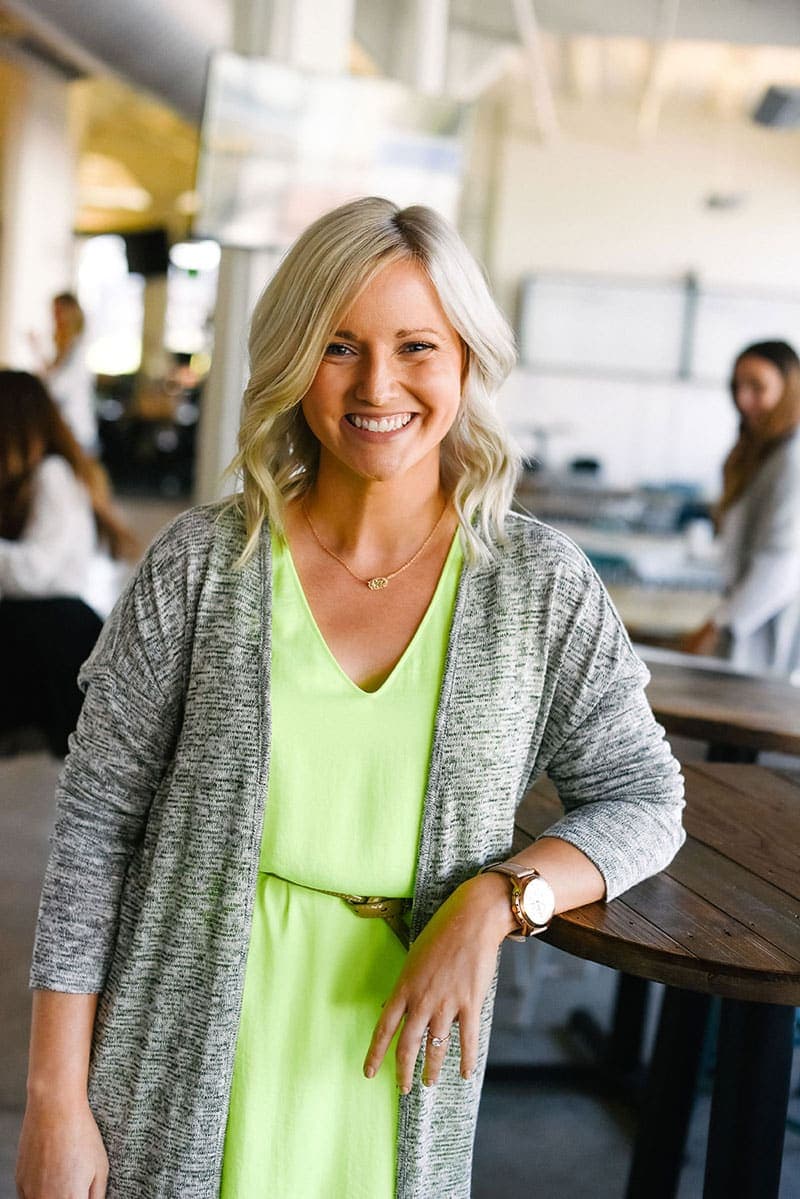 01.
Summarize your life in a few sentences.

I’m a dog-obsessed ex-lawyer with a serious Pokemon problem. I’m also the co-founder of Flock & Co., a platform that connects female creativepreneurs with your dream collaborators. When I’m not gazing lovingly into my laptop screen, I’m probably cruising the notebook aisle at Target or watching superhero movies with my equally nerdy fiancé. I’m always covered in dog hair – Ari knows what I’m talking about. #huskymomproblems 🙂

02.
Tell us about your education background.

I always loved to write, so I started off as a journalism major. That was fine for awhile, but eventually my parents (and the economy) convinced me that print journalism being dead meant that journalism in general was dead, so I started to look for something more stable. When you’re a well-meaning but relatively directionless 19-year-old, your favorite movie is Legally Blonde and you love to argue, you can guess where you end up!

Of course, hindsight is 20/20, and now we know that legal jobs aren’t guaranteed, either. (We also know that being a lawyer looks nothing like Elle Woods.) After graduating from law school and passing the bar exam, I was completely unable to find a job as a lawyer. After awhile, I realized that at least part of that was because I didn’t actually want a job as a lawyer.

03.
How did you start your business?

Completely unintentionally. I started a podcast as a side project early last year, and I loved it, but finding guests was insanely hard. I found myself spending hours on Twitter or Instagram or LinkedIn, hoping I’d click on the right person or the right hashtag. I was so surprised that there wasn’t a better way to search for the creativepreneurs I was looking for. That’s when I had the idea for a searchable directory of female influencers and small business owners – but it looked completely different in my head before I met Megan, who has, you know, actual experience building software.

The bottom line is that neither of us believe that you can build a business on luck, and that collaboration is so crucial to small businesses – who you work with shouldn’t just depend on who’s in the right place at the right time. We want to empower people to take control of their creative partnerships. 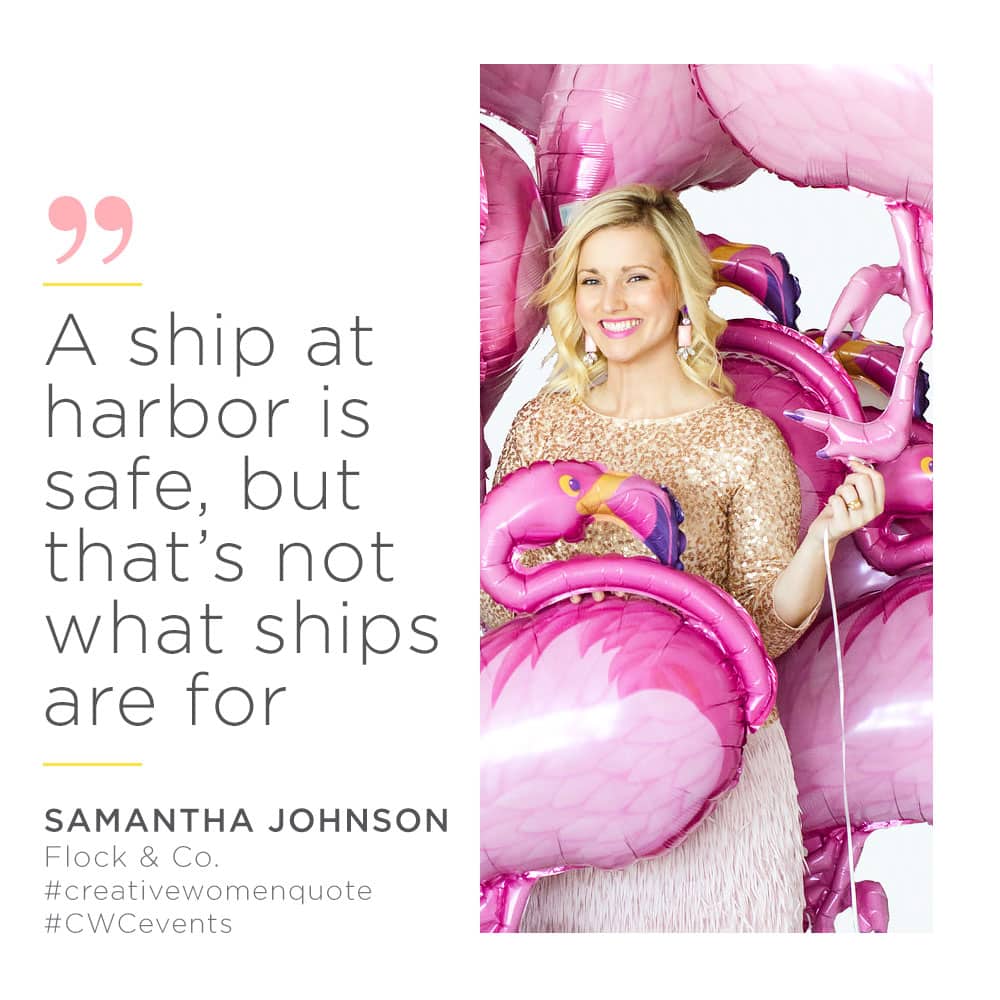 04.
What inspired you as a creative woman?

Other creative women. I am never more motivated or more optimistic than after I hang out with other women in small business. Business is hard, the internet is lonely and weird, and there is absolutely nothing better in the world than being surrounded by people who get that.

05.
What’s the biggest mistake you’ve ever made on your job or on your business, and how did you get through it?

Oh man. This one still gives me nightmares. When we launched our Collaboration Guide, we literally had a coming soon page and nothing else. We asked all of these women we looked up to if they would contribute their advice and their time to help us build a list of 100 collaboration ideas, plus some general advice for collaborating. We were so awed when they said yes, and we are so proud of how it turned out – but on launch day, I was up until 3am designing it, and I misspelled one of our contributor’s names. Not even misspelled, I gave her a brand new last name. The guide launched, and she emailed me a really sweet note like “hey, that’s not my name…” and I burst into tears at my day job. She was so, so kind, and I was able to fix it and resend it, but I felt so terrible and so unprofessional for letting down someone who believed in us. To this day, it reminds me to have grace with people when they mess up, and to also have a little more grace with myself when I mess up.

06.
If you can build a million dollar company, what would it be?

The one we’re building now! 😉 Aside from that, I want my next project to center on dogs and dog lovers – I’d love to be able to build a business that benefits homeless pets. 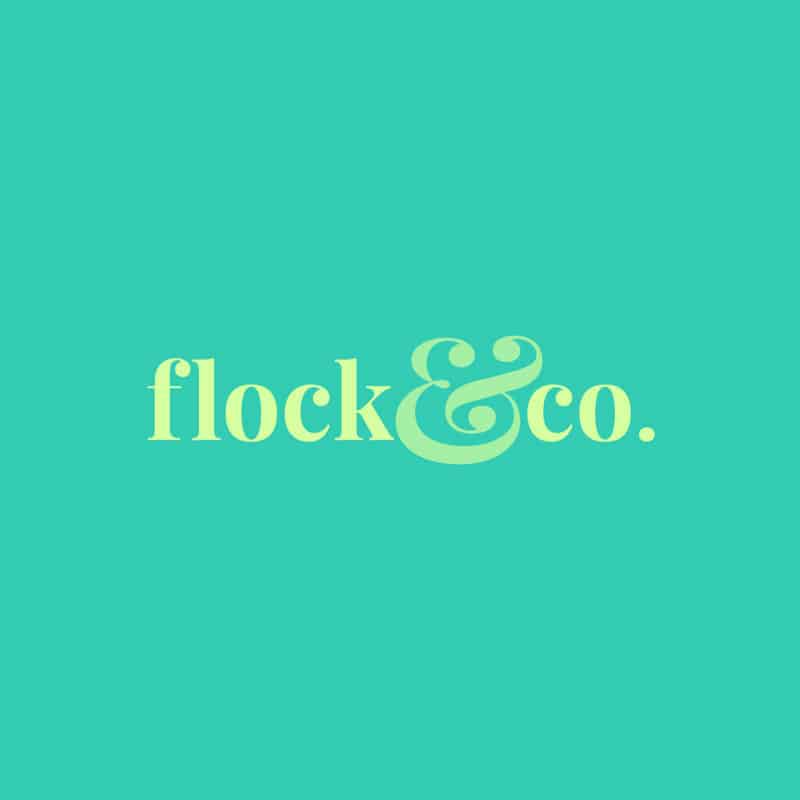 07.
Walk us through your day as the co-founder of Flock & Co.

On any given day, I’m constantly switching sides of my brain. I could be reaching out to total strangers or answering emails or heading to a networking event, and then working on graphics and design, and then talking to Megan about data points and metrics and features. It’s a challenge, and I don’t always feel like I’m as efficient as I could be – that’s why I’m constantly on the lookout for tools, apps, and resources that help me invent more hours in a day. I’m a sucker for a good system.

08.
What has been the highlight of your career thus far?

I was browsing through Facebook one night before bed and I came across a post in a Facebook group I love where someone posted a screenshot of the inside of our app! She was like “I was looking for someone to collaborate with, and I saw two of my favorite people are members!” She didn’t tag us in the post or anything, but I flipped out and texted it to Megan – it was the first time I saw our “thing” out in the wild! It was so cool to see someone share it, completely unprompted, just because she liked it.

I have no idea! Looking back on the last three years since I took the bar exam, I could never have predicted this path – no one could have. It’s so far beyond the absolute best case scenario I imagined for myself at the time. So when everything seems stupid and awful, I remind myself that in five years, it’ll probably be a really funny story.

“A ship at harbor is safe, but that’s not what ships are for.” I mean, going to law school was supposed to be the “safe” thing, and look how that turned out. For a long time, I did not have the nerve to say that I knew what was best for me better than anyone else did. I didn’t have that perspective yet. Now, when I have a feeling about something, it’s easier for me to act on it.

I’d love to go back and tell myself how much better things get. I spent so much time feeling absolutely terrible about myself when I couldn’t find a job after the bar. (Well, that’s not technically true. I worked two terrible retail jobs, at the same time, during a polar vortex J) I was so convinced that I had failed, that I was obviously worthless and stupid, that I didn’t have any talent – I didn’t realize at the time that starting completely over is something special, too.